Lawmakers in Brazil have approved a cryptocurrency framework bill for the use of digital currencies in the Latin American country.

Once passed into law, Brazilians can use Bitcoin as a payment method, while digital assets will be recognized as an investment asset class.

House bill 4401/21 aims to establish an agency to oversee the Brazilian cryptocurrency industry. This includes managing the operations of service providers, such as crypto exchanges.

Under the bill, exchanges are required to observe specific rules to be allowed access to the Brazilian market. For example, processes to segregate users’ funds from the exchange’s funds. The rules also require service providers to gain approval at the federal government level as well.

The agency will delegate responsibility to appropriate, existing, governmental bodies. According to Bitcoin Magazine, the Central Bank of Brazil will manage the use of Bitcoin for payments. While the Comissão de Valores Mobiliários (securities regulator) will handle the investment regulatory aspect.

While this represents a huge step forward for cryptocurrency adoption, the bill falls short of making Bitcoin legal tender.

The final hurdle before passing into law is the president’s signature. The current president, Jair Bolsonaro, is set to leave office on Dec. 31, having lost to political rival Lula da Silva by the narrowest of margins on Oct. 31.

The election result is marred in controversy with Bolsonaro supporters alleging electoral fraud. Commenting on his defeat, Bolsonaro thanked those who voted for him and asked protestors to respect the law.

Earlier this year, before winning the election, da Silva acknowledged the expansion of cryptocurrencies in Brazil to local media. He added that a framework needs to be in place to harmonize domestic practices with international standards, particularly in respect of nefarious activities.

“the government, especially through its autonomous Central Bank, must create norms in line with the international standard to avoid illegal practices that can make use of crypto assets, such as money laundering and currency evasion, in addition to avoiding practices of fraudulent trading.”

Samuel is a strong believer in individual autonomy and personal freedom. He is a relative newcomer to the world of cryptocurrency, having first bought Bitcoin in early 2017, but keen to make up for the lost time.

Mempool, exchange balance, self-custody, and what a historic inverted yield curve means for 2023. 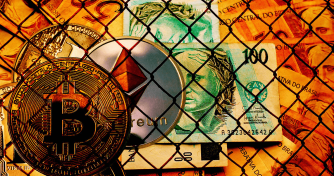 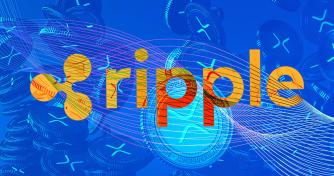 Ripple and Travelex partner up to launch crypto payments in Brazil 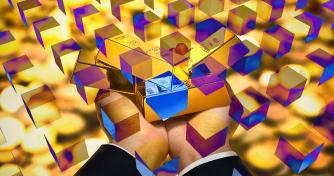 Get an Edge on the Crypto Market ????

Commitment to Transparency: The author of this article is invested and/or has an interest in one or more assets discussed in this post. CryptoSlate does not endorse any project or asset that may be mentioned or linked to in this article. Please take that into consideration when evaluating the content within this article.

Disclaimer: Our writers' opinions are solely their own and do not reflect the opinion of CryptoSlate. None of the information you read on CryptoSlate should be taken as investment advice, nor does CryptoSlate endorse any project that may be mentioned or linked to in this article. Buying and trading cryptocurrencies should be considered a high-risk activity. Please do your own due diligence before taking any action related to content within this article. Finally, CryptoSlate takes no responsibility should you lose money trading cryptocurrencies.