Skip to content
The RBA is expected to slash the cash rate to a record low of 0.1%. AUD/USD recovered from 0.6990, next movement depends on the central bank. The … 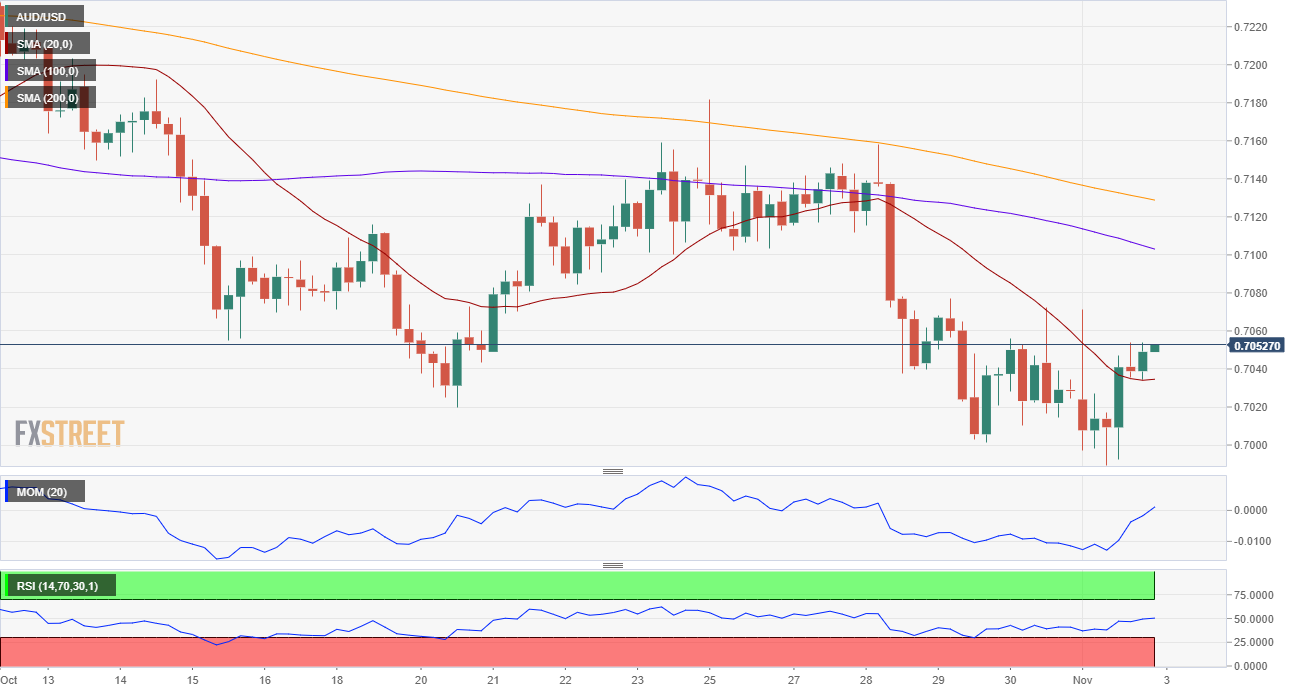 The AUD/USD pair is ending Monday with modest gains around 0.7040, recovering from a fresh multi-week low of 0.6990. The pair came under selling pressure during Asian trading hours as the sentiment was risk-averse, following weekend news indicating that more countries are taking tough restrictive measures to curb coronavirus contagions.

Australian data was mixed, as inflation fell by 0.1% MoM in October according to the TD Securities report, and resulted at 1.1% when compared to a year earlier. The October Commonwealth Bank Manufacturing PMI was confirmed at 54.2. Housing-related data showed that activity in the sector picked up in September, with Building Permits soaring 15.4%.

This Tuesday, the Reserve Bank of Australia will unveil its latest decision on monetary policy. Governor Lowe has hinted at a rate cut, and the market anticipates a cut of the cash rate to 0.1%. Analysts are also expecting an expansion of QE of up to A$100 billion.

The AUD/USD pair is neutral in the near-term, as, in the 4-hour chart it’s trading a couple of pips above a bearish 20 SMA, while below the larger moving averages, which maintain their bearish slopes. Technical indicators hover around their midlines, the Momentum advancing but the RSI flat, suggesting limited buying interest.

View Live Chart for the AUD/USD