Envestnet Asset Management Inc. boosted its position in shares of CBS Co. (NYSE:CBS) by 150.6% in the third quarter, according to the company in its most recent Form 13F filing with the SEC. The fund owned 347,637 shares of the media conglomerate’s stock after acquiring an additional 208,900 shares during the quarter. Envestnet Asset Management Inc. owned 0.09% of CBS worth $14,034,000 at the end of the most recent reporting period.

CBS (NYSE:CBS) last announced its quarterly earnings data on Thursday, August 8th. The media conglomerate reported $1.16 earnings per share (EPS) for the quarter, beating analysts’ consensus estimates of $1.13 by $0.03. The company had revenue of $3.80 billion during the quarter, compared to analysts’ expectations of $3.71 billion. CBS had a net margin of 20.13% and a return on equity of 55.03%. The business’s revenue was up 9.7% on a year-over-year basis. During the same quarter in the prior year, the company posted $1.12 EPS. As a group, equities research analysts anticipate that CBS Co. will post 5.17 EPS for the current year.

A number of equities analysts recently commented on CBS shares. Stephens set a $64.00 price target on CBS and gave the company a “buy” rating in a research note on Wednesday, August 21st. Citigroup decreased their price objective on CBS from $57.00 to $51.00 and set a “buy” rating on the stock in a research report on Friday, October 25th. ValuEngine raised shares of CBS from a “strong sell” rating to a “sell” rating in a research note on Wednesday, October 2nd. UBS Group set a $54.00 target price on shares of CBS and gave the stock a “hold” rating in a report on Friday, August 9th. Finally, Barclays dropped their price objective on shares of CBS from $53.00 to $41.00 and set an “equal weight” rating on the stock in a research note on Monday, October 21st. Three analysts have rated the stock with a sell rating, five have issued a hold rating and twelve have issued a buy rating to the stock. CBS currently has an average rating of “Hold” and an average target price of $53.76.

See Also: What is the operating income formula? 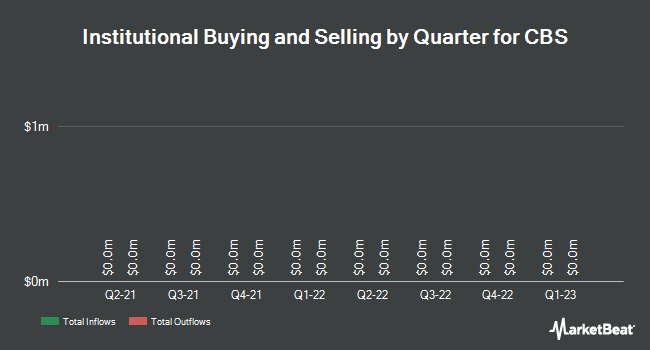 Receive News & Ratings for CBS Daily – Enter your email address below to receive a concise daily summary of the latest news and analysts’ ratings for CBS and related companies with MarketBeat.com’s FREE daily email newsletter.