Extreme Networks, Inc (NASDAQ:EXTR) has received a consensus rating of “Buy” from the ten ratings firms that are presently covering the company, MarketBeat.com reports. One investment analyst has rated the stock with a sell recommendation, two have assigned a hold recommendation and five have given a buy recommendation to the company. The average 1 year target price among brokers that have issued a report on the stock in the last year is $6.30.

And bought this instead!

He’s now moved $3.8 BILLION in a tiny niche of the tech sector billionaires are flocking to…

Extreme Networks (NASDAQ:EXTR) last posted its quarterly earnings data on Wednesday, August 5th. The technology company reported $0.03 EPS for the quarter, beating the Zacks’ consensus estimate of ($0.03) by $0.06. Extreme Networks had a negative net margin of 13.38% and a negative return on equity of 59.45%. The firm had revenue of $215.50 million for the quarter, compared to the consensus estimate of $212.68 million. During the same period in the prior year, the firm posted $0.06 EPS. The firm’s revenue was down 14.6% compared to the same quarter last year. On average, research analysts expect that Extreme Networks will post -0.06 earnings per share for the current year.

In related news, CEO Edward Meyercord sold 50,000 shares of the stock in a transaction dated Monday, August 31st. The shares were sold at an average price of $4.37, for a total value of $218,500.00. Following the sale, the chief executive officer now owns 588,552 shares of the company’s stock, valued at approximately $2,571,972.24. The transaction was disclosed in a filing with the SEC, which can be accessed through this hyperlink. 2.62% of the stock is owned by company insiders.

See Also: What strategies should day traders use to execute a trade? 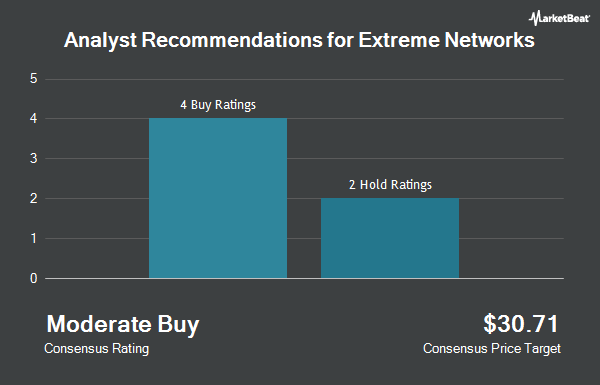 7 Stocks That Don’t Care Who Wins the Election

There is historical evidence that the market will rise after a Republican wins and dip after a Democrat wins. But that same evidence suggests that those trends flip in the first year of a presidency. It just proves that there’s a difference between campaigning and governing.

What can be different is where investors choose to make their money. It’s very clear that certain sectors perform better under a Republican administration than a Democrat administration. But that’s not the focus of this presentation.

Rather, we’re taking a look at companies, and stocks, that should profit no matter who occupies 1600 Pennsylvania Avenue. Some of these will be familiar names, but we’re trying not to be too obvious. Amazon (NASDAQ:AMZN) is a buy no matter who wins. You don’t need an article to tell you that.

And while I wouldn’t call this a list of “coronavirus stocks” the list has some resemblance. The fact is every major event in our nation’s history has a ripple effect. And technologies that we never imagined would become “a thing” become the most important thing in our lives.

View the “7 Stocks That Don’t Care Who Wins the Election”.