Skip to content
Excitement over test results from Pfizer’s vaccine are buoying hopes for Israel’s own coronavirus injection, as the two immunizations target the same …

Excitement over test results from Pfizer’s vaccine are buoying hopes for Israel’s own coronavirus injection, as the two immunizations target the same protein in SARS-CoV-2.

Pfizer said on Monday that early indications suggest its shots may be 90 percent effective at preventing COVID-19, citing interim analysis from an independent data monitoring board.

Meanwhile, trials for Israel’s first vaccine, developed by a state institute, are just getting underway, with the first patients injected last week. Experts say that, like many of the vaccines being developed, including Pfizer’s, Israel’s targets the spike protein.

“This gives cause for optimism regarding the Israeli vaccine,” Ran Taube, a virologist from Ben-Gurion University of the Negev, told The Times of Israel. “It gives some indication this is the right approach.”

Bar-Ilan University immunologist Cyrille Cohen, a member of a Health Ministry advisory committee that deals with coronavirus vaccines, said that “it’s a vote of confidence for Israel’s vaccine. And also, it’s good news as Moderna’s vaccine, which Israel is well placed to receive, and which is also in the midst of testing, targets the same protein.” 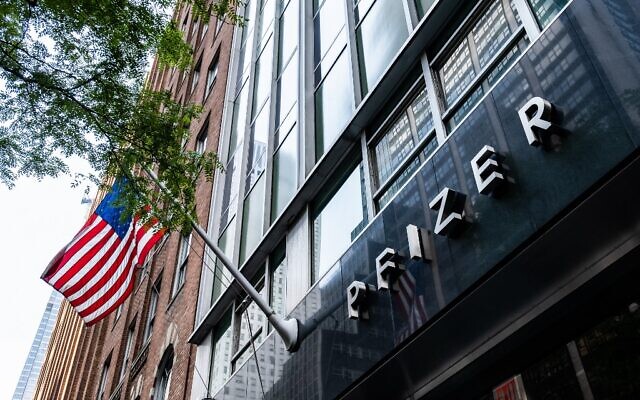 “These are different ways to expose our defenses to the spike protein, which is considered the main antigen. I am encouraged by these results because it means that we can achieve apparently a safe and efficient vaccine,” he added.

Prime Minister Benjamin Netanyahu announced in June that Israel signed a deal with Moderna for its vaccine, and officials confirmed Monday that Israel is also in talks with Pfizer to acquire the vaccine it is developing with its German partner BioNTech.

Netanyahu hailed the promising Pfizer results as an “important development!”

“I am enthusiastically working with world leaders to bring the vaccine [to Israel],” he wrote on Facebook. “I see the light at the end of the tunnel. It won’t happen in years, but rather in a few months.”

Monday’s announcement from Pfizer doesn’t mean a vaccine is imminent: The interim analysis, from an independent data monitoring board, looked at 94 infections recorded so far in a study that has enrolled nearly 44,000 people in the US and five other countries. 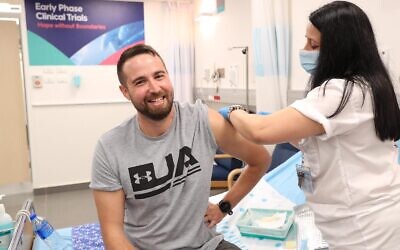 Authorities have stressed it’s unlikely any vaccine will arrive much before the end of the year, and limited initial supplies will be rationed.

The shots made by Pfizer and BioNTech are among 10 possible vaccine candidates in late-stage testing around the world — four of them so far in huge studies in the US.

Both Israeli experts who spoke with The Times of Israel stressed that while the vaccines have the spike protein target in common, the exact technologies they use vary, so their success shouldn’t be assumed on the basis of the Pfizer news — which is itself preliminary.

The Pfizer vaccine injects the genetic information coding for the protein. Israel’s vaccine, by contrast, is based on the vesicular stomatitis virus (VSV), an animal virus that has already been used in a recently released Ebola vaccine.

It involves altering the protein composition of the VSV: replacing the glycoprotein of VSV with the spike protein of the SARS-CoV-2.

“It’s important to understand that the approach Israel’s vaccine uses is different than the Pfizer vaccine, but still, it gives cause to be positive,” Taube said.

Agencies contributed to this report.