Skip to content
Reid Hoffman, co-founder of LinkedIn, hired actors to stage a rap battle about the future of money last week. Inspired by the musical Hamilton, Hoffman …

Reid Hoffman, co-founder of LinkedIn, hired actors to stage a rap battle about the future of money last week. Inspired by the musical Hamilton, Hoffman said he decided to use music to highlight the “vigorous debate raging between cryptocurrency and centralized currencies.”

“While battle rap is obviously competitive in nature, what I realized watching Hamilton is that it’s also a form of discourse where extremely attentive listening routinely occurs,” he wrote in a LinkedIn post. “Because battle raps are won and lost based on who presents ideas and arguments in the most clever, funny, and linguistically creative ways, participants and listeners alike pay close attention to what’s being said.”

Hoffman’s rap battle pits Alexander Hamilton, the architect of the American financial system, against Satoshi Nakamoto, the anonymous creator of bitcoin. While Hamilton defends central banks and regulation, he paints cryptocurrencies as crime-infested and environmentally damaging. For each attack though, Nakamoto has a retort.

“The banks serve Wall Street, crypto serves all streets,” rhymes bitcoin’s creator. Accused of contributing to global warming, Nakamoto chides paper money for using up trees. More than anything, the characters repeat common straw-man arguments against one another, reflecting financiers’ unwillingness to recognize when bitcoin is useful, and the failure of crypto ideologues to acknowledge bitcoin’s severe limitations.

As a partner at Greylock Capital (and thus investor in Coinbase and Xapo), Hoffman was one of the earliest bitcoin converts in the venture capitalist ranks. In his post, Hoffman explains that he remains intrigued by crypto as an asset, a currency, and platform for “alternative kinds of financial applications.”

The full lyrics to the rap battle are available on Genius.com.

This is pretty brilliant: A rap battle between Alexander Hamilton and Satoshi Nakamoto over the merits of centralized, government-fiat currency, versus …

Decentralized currency. Yes, I invented it.

I’m sure many governments wish they had prevented it

Their national cash is how they keep control,

But freedom to the people was my ultimate goal.

Am I a pseudonym? A group of men? It doesn’t even matter.

I invented Bitcoin cause fiat is a disaster.

A man from Japan or a damn hologram?

Does anybody know what this crypto-thing means?

To me, sounds like the new Get Broke Quick scheme,

A bunch of fools from across the land

Investing in something they don’t even understand,

It’s all gonna crash, and be gone in a flash.

All this unsupported money’s an irrational prank,

And I’ll be laughing all the way to my National Bank.

The video pits Hamilton, credited with pushing the U.S. to adopt a central bank, against Nakamoto, who created a decentralized cryptocurrency. These types of parodies are common in the cryptocurrency world; bad Bitcoin rap has become its own genre on YouTube.

“Bitcoin Rap Battle Debate: Hamilton vs. Satoshi (BITCOIN GIVEAWAY) [feat. EpicLloyd, TimDeLaGhetto]” is notable only in that it was funded by a billionaire and promoted by his billionaire and millionaire friends: “Watch about Bitcoin,” former Google CEO Eric Schmidt enthusiastically tweeted. “hahahahaha,” Ashton Kutcher, who definitely watched the video, tweeted.

Hoffman does not star in the video, which features dozens of actors, rappers, and a cast of extras pulled in from the world of cryptocurrency, but is credited as a writer and the executive producer. Hoffman said he believes battle rap is a rhetorical device that will break through in these troubled, polarizing times and will help us settle some of society’s most pressing beefs, such as whether Bitcoin is GOOD or BAD.

“Like thousands of others who’ve seen Hamilton, I was delighted and amazed by [Hamilton musical creator Lin-Manuel] Miranda’s musical vision and talent. And I was particularly struck by his two ‘Cabinet Battle’ songs, and the way he used battle rap to express the opposing viewpoints that informed the issues and debates underlying fundamental moments in America’s development,” Hoffman wrote on LinkedIn. “Since then, I’ve been intrigued by the idea of using battle rap to explore some of the most polarizing issues that characterize our own era.”

Hoffman said that when he watched Hamilton he realized that rap battles are a “form of discourse where extremely attentive listening routinely occurs.”

“These days, however, debate often consists of little more than ad hominem attacks, synchronized shouting, and reflexive efforts to abort any competing perspective with charges of, as our factually allergic President puts it, ‘FAKE NEWS!’ There’s lots of noise but very little listening,” he said.

Anyways, while Hoffman was promoting this video, a member of the jury for an award Hoffman funds at the MIT Media Lab publicly accused him of protecting a man who accepted more than a million dollars in funding from billionaire sex offender Jeffrey Epstein. Perhaps they can settle this with a rap battle.

Craig Wright is an Australian computer engineer who has claimed the identity of Satoshi Nakamoto, pseudonymous inventor of the cryptocurrency …

Craig Wright is an Australian computer engineer who has claimed the identity of Satoshi Nakamoto, pseudonymous inventor of the cryptocurrency Bitcoin. Now, The Guardian reports that a judge in Florida has ordered him to pay a full half of all the bitcoins he earned between 2009 and 2013 to the estate of the late David Kleiman, who Wright has said was his partner before his death, as well as half of the value of his intellectual property from the time of Kleiman’s death in 2013.

The court hasn’t yet made a determination of exactly how many bitcoins Wright has, but the Nakamoto identity’s bitcoin wallet would be valued at almost $10.5 billion as of this writing. That means that he would have to pay more than $5 billion worth of bitcoins to the Wright estate. 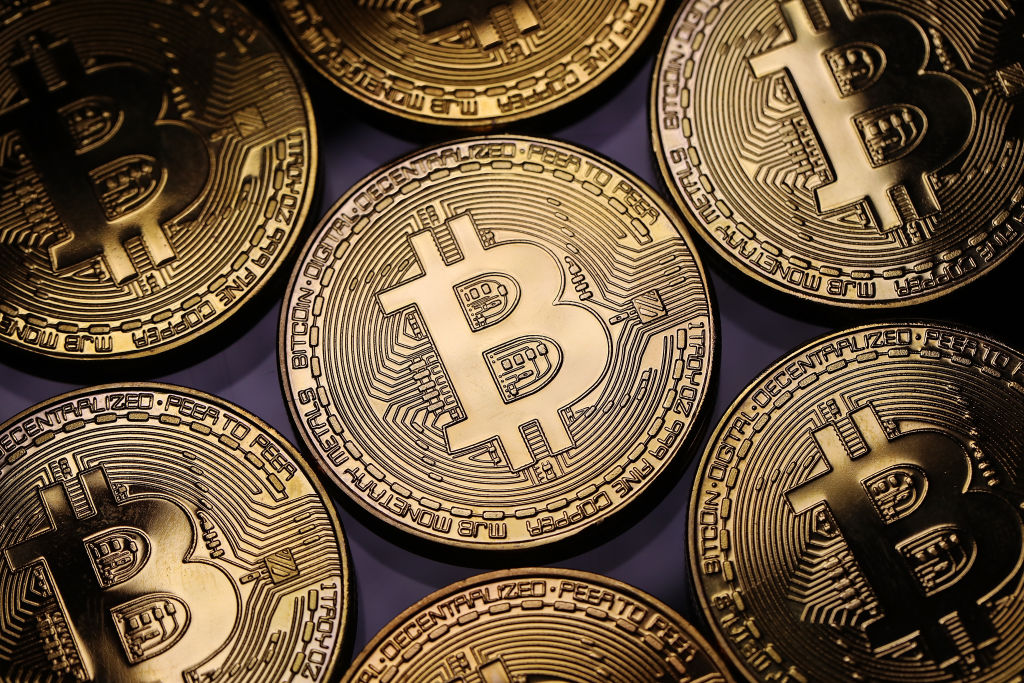 You can probably already gather that this is a pretty complicated case, and in fact the court ruling isn’t a clear cut victory for Kleiman’s estate. That’s because despite Wright’s claim to be Nakamoto, he also says he can’t access the billions worth of bitcoins that are the digital property of that identity. He reportedly explained in court that after a crisis of conscience regarding Bitcoin’s use in illegal activities in 2011, he locked the bitcoin behind an encryption that was then placed in a blind trust. The encrypted key was, Wright says, given to Kleiman, who then cut it up and distributed it to several other people. According to Wright, the complete key won’t be delivered to him until sometime early next year, when a bonded courier is slated to place it in his hands.

If that sounds more like a spy novel than real life to you, you’re in agreement with the presiding Judge Bruce Reinhart, who reportedly said the story was “inconceivable.” He went on:

“During his testimony, Dr. Wright’s demeanor did not impress me as someone who was telling the truth…When it was favorable to him, Dr. Wright appeared to have an excellent memory and a scrupulous attention to detail. Otherwise, Dr. Wright was belligerent and evasive.”

Now, the case of the missing bitcoins will probably take quite a while to get totally straightened out.

Reid Hoffman, co-founder of LinkedIn, decided to let Alexander Hamilton, one of the founding fathers of the United States, face-off against Bitcoin (BTC) creator Satoshi Nakamoto in an epic crypto-rap-battle video.

On Sept. 5, Hoffman released a new hip-hop rap battle video which shows Alexander Hamilton, the founder of the United States financial system and central bank, fighting in rap-battle-style for the merits of centralized currencies against the mysterious Bitcoin creator Satoshi Nakamoto.

“I was particularly struck by his two “Cabinet Battle” songs, and the way he used battle rap to express the opposing viewpoints that informed the issues and debates underlying fundamental moments in America’s development. Since then, I’ve been intrigued by the idea of using battle rap to explore some of the most polarizing issues that characterize our own era.”

This style of debate will be familiar to many fans of YouTube, especially to those who have seen the channel Epic Rap Battles of History (ERB), where two characters go back and forth rhyming out key points in an attempt to take down the opponent.

The co-founder of LinkedIn added that he hopes the video gets more people talking about crypto and its evolving role in global commerce. He concluded:

“Since I believe that informed, civil, and open-minded debate ultimately leads to more innovation and adaptation, I hope the debates continue.”

Cameos from dozens of cryptocurrency pioneers

The 6-minute long hip-hop video includes dozens of cameos from industry’s pioneers such as Charlie Lee, creator of Litecoin (LTC); Zooko Wilcox-O’Hearn, co-founder of Zcash (ZEC); Reid Hoffman himself and many others.

Hoffman took to Twitter to ask his followers who won the debate: Alexander Hamilton or Satoshi Nakamoto? The winner was clearly Satoshi Nakamoto, with 72% of the 6050 casted votes.

Cointelegraph reported in February that Hoffman had become the latest participant in the Lightning Torch Bitcoin transaction relay and became the 224th person to “hold” the Torch. Before him, Twitter co-founder and CEO Jack Dorsey also passed the Torch, as did many other high-profile figures in crypto and finance.