Each year, the Institute honors organizations and individuals who have made significant contributions to health, education, medical research, community service, and philanthropy.


The annual SportsBall gala brings together some of the most influential leaders in sports, business, entertainment and medicine to raise funds that support critical health programs for the Brooklyn community.

“This is a particularly poignant year for us as we celebrate Arthur Ashe’s legacy amid a pandemic that has claimed more than 215,000 lives,” said SUNY Downstate President Dr. Wayne J. Riley. “As America’s most respected infectious diseases expert, Dr. Fauci is the most important voice providing critical guidance during the COVID-19 pandemic. Despite his own underlying health risks, Dr. Mahoney served patients during the pandemic, ultimately losing his life in the battle. The Law Firm of Vladeck Raskin & Clark continues to fight for more equity and diversity in the workplace. We are proud to welcome these esteemed honorees into the Arthur Ashe Institute for Urban Health family. We continue to be grateful for their work on behalf of others.”


Dr. Fauci has served as the Director of the National Institute of Allergy and Infectious Diseases (NIAID) since 1984. He oversees an extensive portfolio of basic and applied research to prevent, diagnose, and treat established infectious diseases such as HIV/AIDS, Ebola, Zika, and, most recently, COVID-19.

RELATED:Fauci says his words were taken out of context in new Trump campaign ad

* Send us a news tip

$148 million in funding were received to date and the remaining $7 million is to be funded by mid-September pursuant to binding commitments. 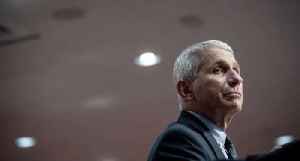 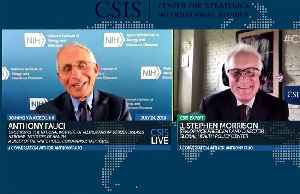 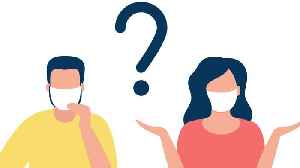 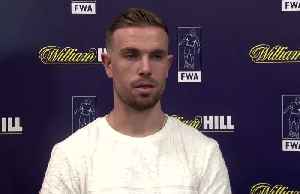 Polaris Partners and the rest of the company’s series A backers also chipped in. Lyndra is using the proceeds to expand its early-stage pipeline, …

Lyndra Therapeutics, the MIT spinout working on a capsule designed to deliver “ultralong-acting” drugs, picked up $13 million from the Bill & Melinda Gates Foundation to work on a contraceptive pill that only needs to be taken once a month.

The grant is part of the Gates Foundation’s Family Planning program aimed at bringing contraceptive information, services and supplies to women in low- and middle-income countries. Lyndra will use the funds to create a once-monthly pill that delivers a continuous dose of the hormones estrogen and progestin with a focus on proving the pill can stay in the body for a whole month, the company said in a statement.

“This grant is special because it extends our focus on meeting unmet therapeutic need into women’s health,” said Lyndra co-founder and CEO Amy Schulman in the statement. “We are proud to be part of the foundation’s effort to improve lives and ensure better health outcomes by making it easier to access and benefit from family planning.”

Biopharma is a fast-growing world where big ideas come along every day. Our subscribers rely on FierceBiotech as their must-read source for the latest news, analysis and data in the world of biotech and pharma R&D. Sign up today to get biotech news and updates delivered to your inbox and read on the go.

And that’s not all—the Gates Foundation, one of the company’s series B investors, also provided a grant for its malaria program.

Watertown, Massachusetts-based Lyndra spun out of Bob Langer’s lab at MIT in 2015. About the size of a vitamin, its “ultralong-acting” pill opens up into a star shape in a patient’s stomach, where it will stay and release a drug or combination of drugs for days to weeks, said Schulman in 2016 when the company published a study showing the pill delivered a controlled release of a malaria drug in pigs. Once its job is done, the pill breaks down at a predetermined point in time to pass safely through the gastrointestinal tract.

Lyndra reeled in a $55 million series B round in January from HOPU Investments, Gilead Sciences, Invus and Orient Life as well as from the Gates Foundation. Polaris Partners and the rest of the company’s series A backers also chipped in. The next month, Fujifilm joined in too, bringing the total to $60 million. Lyndra is using the proceeds to expand its early-stage pipeline, bolster manufacturing and carry out a phase 2 study of a schizophrenia treatment slated for 2020.

The benefits of a longer-acting pill are obvious. Replacing a pill that needs to be taken daily or multiple times a day with a weekly or monthly pill would ease the treatment burden on both patients and caregivers and improve adherence.

“People around the world depend on medications that require taking a pill every single day or even multiple times a day,” said Schulman in 2016. “That approximately 50% of patients in the developed world do not take their medicines as prescribed, a statistic that is even more challenging in the developing world, has a demonstrable effect on healthcare outcomes and a cost estimates to the U.S. healthcare system alone of over $100 billion annually.”

In addition to its contraceptive and malaria programs, Lyndra’s pipeline includes once-weekly treatments for various targets including psychiatric disorders, cardiovascular and metabolic diseases, immunology, HIV and an Allergan-partnered pill for Alzheimer’s disease.

Elon Musk for his astounding accomplishments in space travel and for humanity. Brian Eno for his contribution to the popularisation of science.

ZURICH, Switzerland–(BUSINESS WIRE)–May 10, 2019–The STARMUS festival announces the 2019 winners of the Stephen Hawking Medal, one of the world’s most celebrated science communication awards. This year’s recipients are:

Brian Eno for his contribution to the popularisation of science

Apollo 11, a documentary by Todd Douglas Miller, for its breakthrough look at history’s most famous space mission

STARMUS will announce the winners at a press event in Zurich on May 10 th, with the medal ceremony to follow on June 24 at the STARMUS V festival, also in Zurich. Celebrated scientist and educator Bill Nye will host the ceremony, and scheduled attendees include a remarkable roster of science and space luminaries, including Apollo 11 astronaut Michael Collins and six other Apollo mission astronauts.

STARMUS co-founder and board member Dr. Brian May, the legendary Queen guitarist and PhD astrophysicist, will personally present the medal to Mr. Musk, who has been hailed by no less than Richard Dawkins as a “hero for our times.” On hand as well will be Sir Michael Hintze, founder, Group Executive Chairman, and Senior Investment Officer of CQS, whose generous patronage helps make possible the Stephen Hawking Medal; and STARMUS founder Dr. Garik Israelian. It will be a momentous occasion, with Mr. May and Mr. Musk flanked by the Apollo astronauts in a not-to-miss photo opportunity.

Sir Michael Hintze, Founder and Group Executive Chairman of CQS added, “I am excited about our support for Starmus and the 2019 Stephen Hawking Medal. It is enabling us to better understand the origins and fate of our universe, where we have come from and where we might go. It is about intellectual curiosity, striving for knowledge and a journey of discovery about our planet and our place in the universe. For science to grow and prosper we must excite and engage with our youth, and capture their imagination. The work being done here connects into the global scientific community and facilitates global collaboration.”

One highlight among many expected at this year’s medal ceremony will be a one-of-a-kind performance, conducted by musical giant Hans Zimmer and featuring special guests, of his original composition “ Once Upon a Time on The Moon, ” an incredible 50 th anniversary tribute to the Apollo missions and those who made them possible.

This year’s awards are the first bestowed since the passing of Stephen Hawking; they are dedicated to his legacy and given in recognition of his affinity for applied technology. Before his death, Mr. Hawking personally invited Mr. Musk to STARMUS. Previous recipients of the Stephen Hawking Medal include Mr. Zimmer, Neil deGrasse Tyson, Jean-Michel Jarre, and The Big Bang Theory.

The press announcement event will happen in Zurich, May 10 th at 10:15 (GMT+2). Interested media should contact the number below to arrange special, select interviews.

**STARMUS extends a special thanks for the amazing support from its title sponsors, CQS, Kaspersky Labs and Omega.**

From 24 to 29 June 2019, the world-renowned science and music festival STARMUS celebrates a half century of lunar exploration through the theme “50 Years of Moon Landing.” Taking place in Switzerland this year for the first time, the festival gathers leading scientists, legendary astronauts, and musical greats and invites the general public to share in their passion and knowledge.

The 2019 programme will bring together some of the most intelligent, creative, and artistic people on the planet. Prominent attendees—all personally selected by the STARMUS board of directors—include an unprecedented public gathering of Apollo astronauts, including 2019’s keynote speaker Michael Collins, Charlie Duke, and Harrison Schmitt. STARMUS V will welcome 12 Nobel laureates to the stage, as well as luminaries from the worlds of art, science, and music—including Mr. Eno, Mr. May, Steve Vai, and Rick Wakeman —for six days of discussion, debate, and engagement across the sciences, from microbiology and biochemistry to astrophysics and neuroscience. Other speakers include Sir Martin Rees, Brian Cox, Emmanuelle Charpentier, and Helen Sharman.

According to Garik Israelian, STARMUS founder, the 2019 festival has been designed to ask tough questions about our place in the universe at a pivotal point in human history: “The importance of STARMUS V cannot be understated. At a time when the world retreats to isolationism, collaboration is needed to strategically present the ideas, evidence, and challenges we collectively face – and uniquely confront. We believe the biggest and best achievements of the human race are a result of that scientific collaboration.”

Tickets are now officially on sale and can be purchased at www.starmus.com.

OMEGA and The Stephen Hawking Medal:

OMEGA is a prestigious Swiss watchmaker and member of the Swatch Group Ltd. Since 1848, the brand has been synonymous with excellence, innovation, and precision, as well as a pioneering spirit, demonstrated by its achievements in sports timekeeping, the oceans, and space. In fact, since 1965, the OMEGA Speedmaster has been worn on each of NASA’s manned missions including all six moon landings.

Kaspersky Lab is a global cybersecurity company, which has been operating in the market for 21 years. Kaspersky Lab’s deep threat intelligence and security expertise are constantly transforming into next-generation security solutions and services to protect businesses, critical infrastructure, governments and consumers around the globe. The company’s comprehensive security portfolio includes leading endpoint protection and a number of specialized security solutions and services to fight sophisticated and evolving digital threats. Over 400 million users are protected by Kaspersky Lab technologies and we help 270,000 corporate clients protect what matters most to them. Learn more at www.kaspersky.com.

The STARMUS festival’s other supporters include the International Astronomical Union, CERN, the European Space Agency, and the European Southern Observatory.

CQS is an investment management firm founded by Sir Michael Hintze in 1999. The Firm’s deep experience allows it to offer solutions for investors across a range of return objectives and risk appetites. CQS is an active asset manager with expertise across corporate capital structures including corporate credit, structured credit, asset backed securities, convertibles, loans and equities. It is committed to delivering performance and high levels of service to its investors.