Skip to content
Taylor’s College students were not exempted. However, with effective online learning and tireless support from their lecturers, the crisis pushed many …

2020 will go down in history as the year that many plans flew out the window, no thanks to Covid-19 and the subsequent lockdowns.

Naturally, this caused much anxiety for A Level students across the country as they could not attend physical classes, nor sit for in-person final examinations, and had to depend on evidence-based assessments instead.

Taylor’s College students were not exempted. However, with effective online learning and tireless support from their lecturers, the crisis pushed many students to exceed expectations – with a 100% passing rate, 44% achieving straight A’s, and eight subjects with over 40% of students scoring an A. In Mathematics, over 70% of students scored an A.

“This is a remarkable achievement and it is a testament to the dedication and capability of our lecturers, who have upheld Taylor’s reputation of delivering 51 years of quality education despite dealing with unprecedented challenges during a worldwide pandemic, ” said Taylor’s College campus director Josephine Tan. 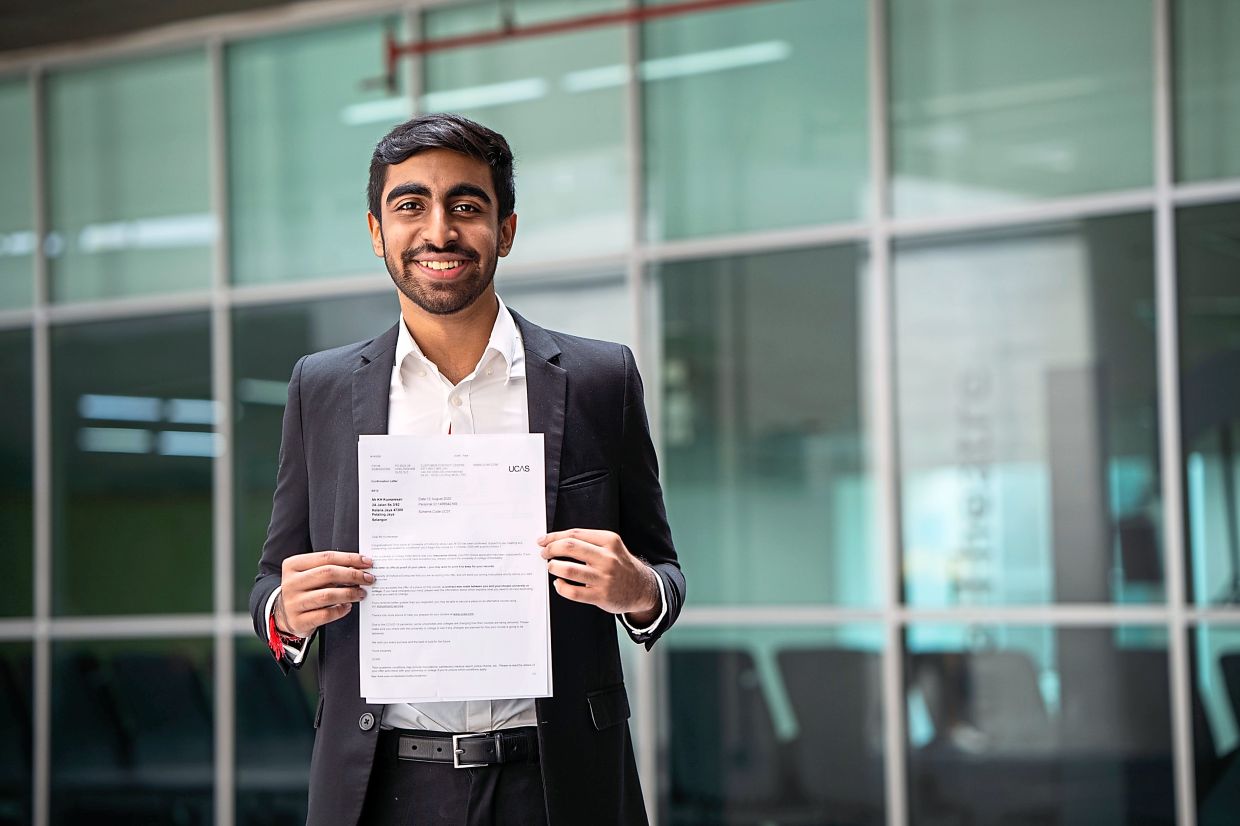 Kuberan with his offer letter from University of Oxford.

“Additionally, the college provides all the support needed for students to gain placement in prestigious universities around the world.”

Teoh Yun Xin who has been offered a place to read Law in the University of Cambridge testifies to the capability of her lecturers.

“I have always been only average in Mathematics, but props to Mr Lai who made Maths my best subject in the end. He made understanding core and fundamental concepts easy, ” she revealed, adding that she now even tutors other students in Math.

“I found all my subjects enjoyable, but my interest from Math went from 0 to 100 real fast.”

Not only did her lecturer help her in Math, Teoh also credits him for helping her gain a place in Cambridge.

“He reviewed my personal statement, and wrote a testimonial for my university applications as well as the reference for my scholarship application. The truth is, he didn’t need to do this as it wasn’t his responsibility and he is very busy, ” she said.

“He was my constant source of support throughout my college life. I wouldn’t have gotten my scholarship or gotten into the University of Cambridge without him, but he never takes credit for it!”

Coursemate Kuberan Hansrajh Kumaresan, who will be studying Law in Oxford University, agrees that his “excellent” lecturers have been crucial to his success.

“They constantly went out of their way to ensure that I grasped concepts that were initially rather challenging for me, even if this meant sacrificing their precious lunch hours, ” he said, adding that some would be strict in ensuring students did their work but cared enough to make sure students “were doing okay in life in general.”

In addition to lecturers, Kuberan noted that the Taylor’s University Placement Services (UPS) helped greatly in his application to universities.

“UPS and the faculty office helped us with whatever concerns we had and always organised talks for us to learn more. They are also very efficient when it comes to solving problems for students, ” he said.

Teoh described UPS as a “godsend”, as it helped her prepare for Cambridge University selection interviews by conducting mock interviews of its own.

For more information on A Levels and other pre-university programmes at Taylor’s College, make an appointment to see the counsellors at the Open Days on Dec 5,6, 12 and 13, or join the Taylor’s Digital Open Day on Dec 5 and 12,2020.

Find out more at http://college2.taylors.edu.my/enrol/