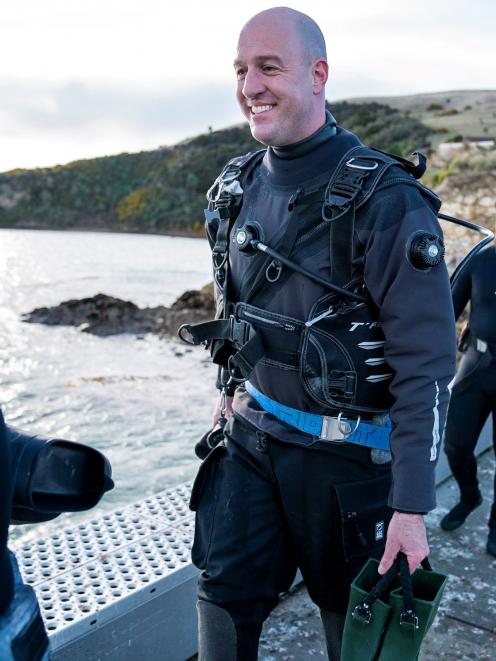 Coastal People: Southern Skies director Chris Hepburn is delighted with new funding of more than $32million for the project, which looks at the connection between human wellbeing and marine ecosystems. PHOTO: SUPPLIED

The University of Otago has been given a $69 million boost that will help researchers working on cutting-edge quantum technology and on coastal ecosystems.

The university said yesterday two of its applications for Centre of Research Excellence (Core) funding had been successful.

The funding would be spread over a seven-year period.

Deputy Vice-chancellor research and enterprise Prof Richard Blaikie said the funding was a significant show of support for two national research centres that would benefit local and global knowledge.

“We are extremely grateful to the Tertiary Education Commission [TEC] for this important funding.

“The Dodd Walls Centre will continue its work in world-class physical sciences research, while our Coastal People: Southern Skies project will investigate ways to strengthen coastal communities in the Pacific as they deal with the challenges and opportunities of a changing climate,” Prof Blaikie said.

The funding announced yesterday is a continuation of TEC support for the Dodd-Walls Centre, which was initially funded as a Centre of Research Excellence in 2014.

“This funding enables the centre to continue producing leading-edge research and research personnel in this dynamic field.

“With a secure future, we can further investigate ways to develop and harness quantum and photonic technologies which have potential to influence the world in similar ways as the microchip.”

Associate Profs Anne-Marie Jackson and Chris Hepburn, both of the CPSS, were delighted with the announcement.

“We are an island nation and it is exciting to see a marine Core funded and one that connects human wellbeing to the health of marine ecosystems here in New Zealand and the wider South Pacific Island community,” Prof Hepburn said.

University of Otago Vice-chancellor Prof Harlene Hayne was also thrilled with the funding.

“To have these centres of research excellence at Otago is a great acknowledgement of the unrelenting desire for new knowledge our researchers and their collaborators hold.”