Skip to content
Out of the Ether: The Amazing Story of Ethereum and the $55 Million Heist that Almost Destroyed It All. “Out of the Ether” tells the astonishing tale of the …

In the new book, Out of the Ether, celebrated journalist and author Matthew Leising tells the story of how $55 million on cryptocurrency vanished in one of the most unbelievable thefts in history

Out of the Ether: The Amazing Story of Ethereum and the $55 Million Heist that Almost Destroyed It All

“Out of the Ether” tells the astonishing tale of the disappearance of $55 million worth of the cryptocurrency Ether in June 2016 and chronicles the creation of the Ethereum blockchain from the mind of inventor Vitalik Buterin to the ragtag group of people he assembled around him to build the second-largest crypto universe after Bitcoin. Currently available for pre-order, “Out of the Ether” will be available everywhere books and eBooks are sold on September 29th. 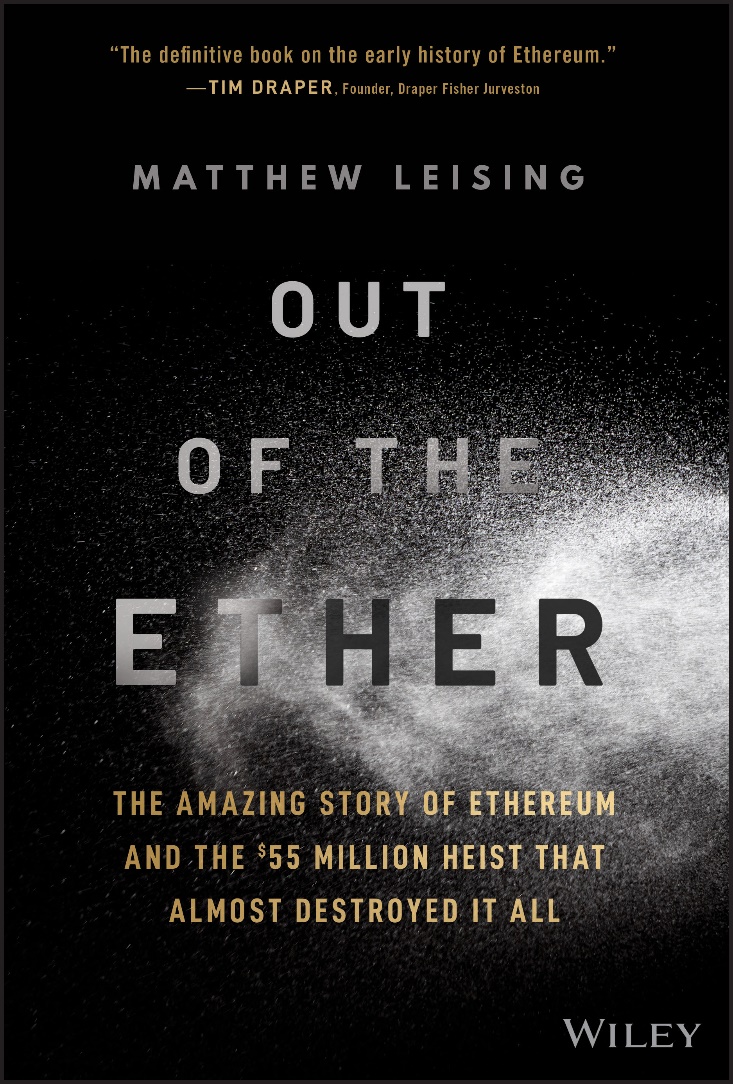 Hoboken, NJ (September 16, 2020) – As one of the leading blockchain reporters in the world, Matthew Leising has covered the emerging technology for Bloomberg News for the last 5 years. His 2017 story “The Ether Thief” for Bloomberg Markets Magazine inspired his new book Out of the Ether, set to be published on September 29th, which chronicles the 2016 disappearance of $55 million worth of Ethereum.

Out of the Ether starts at the very beginning, outlining the creation of the cryptocurrency and painting a vivid portrait of the inventor, Vitalik Buterin, and the many cofounders he gathered around him to create the second largest crypto universe after Bitcoin. Leising sets the stage to share the full story behind the astonishing heist that threatened to take Ethereum down and describes his efforts to discover who was responsible and to unmask the thief. Through blockchain forensics, encrypted messages and insider sources, Leising tracks down, unveils, and interviews a person associated with the attack.

Called “the definitive book on the early history of Ethereum” by Tim Draper, Out of the Ether shares an inside look at one of the largest and most-influential cryptocurrencies, describing a modern-day heist that threatened to destroy a billion-dollar network. Out of the Ether is currently available for pre-order and will be available everywhere books and eBooks are sold on September 29th.

/Public Release. The material in this public release comes from the originating organization and may be of a point-in-time nature, edited for clarity, style and length. View in full here.