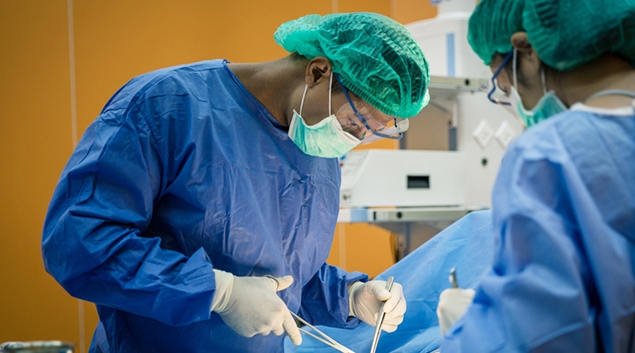 America’s Health Insurance Plans this week submitted comments to a Centers for Medicare and Medicaid Services’ proposed rule on Medicare Coverage of Innovative Technology and Definition of “Reasonable and Necessary.” The proposed rule would establish a new Medicare coverage pathway for Food and Drug Administration-approved breakthrough devices under which national Medicare coverage for both traditional fee-for-service Medicare and Medicare Advantage would begin on the same day as a breakthrough device receives FDA approval, and would last up to four years.

This approach could put seniors, people with disabilities and the solvency of the Medicare Trust Fund at risk, AHIP said. Currently, when a medical device is approved by the FDA, it must be further evaluated by a plan’s medical policy committee to assess clinical efficacy and safety for this population. The proposed pathway entails a less rigorous evidence-based process that could result in premature coverage of unproven devices for the Medicare population, with no requirement for device manufacturers to conduct additional clinical studies focused on the Medicare population during the coverage period.

UnitedHealth Group is launching a program for living organ donors. It will provide $12,000 of financial support for each living donor who provides organs to one of its employees. UHG said it is eager to share its financial and legal model for providing this benefit to other employers.

The program has a deeply human genesis, the company said: An employee of Optum, which is part of UnitedHealth Group, faced her own need for an organ when her brother volunteered to be her living donor. UnitedHealth Group wanted to help with the financial hardship experienced by living donors, often in lost wages, in undertaking transplant surgery to support individuals in need.

Priority Health in Michigan has announced the launch of their new MyPriority Telehealth PCP plans that will go into effect on January 1, 2021. The new plans are designed for consumers who are seeking health coverage that is virtual-first. Members who choose one of the MyPriority Telehealth PCP plans will have a doctor assigned as their primary care physician through Doctor on Demand and all visits will take place virtually. The member will need a referral from their doctor to seek care in a traditional office setting with a specialist, as needed. Emergency care does not have this same restriction.

Zipari, a consumer experience platform built for the health insurance industry, has announced the additions of Scott Morris as senior vice president, chief information security officer and Michael Grimaldi as senior vice president of Technology Shared Services. They both join from BlueCross BlueShield of Western New York. Morris will be directing Zipari’s information and cyber security program and Grimaldi will lead technology services throughout the company, which includes architecture, core engineering and quality assurance. The two are joining shortly after John Walsh, chief technology officer, which signifies a time of growth for the company, Zipari said.

Health Partners Plans has announced the expansion of its work to address the social determinants of health. New efforts include the launch of its PartnerUp HealthCompass program and its work with Pennsylvania stakeholders to convene healthcare and community leaders for an SDOH Regional Council in Pennsylvania. PartnerUp HealthCompass brings together all of Health Partners Plans’ SDOH initiatives and resources under one program.

New efforts include: a program that engages community-based health workers to provide members with face-to-face assistance to food resources in communities; partnering with the Community Learning Center to offer GED courses, exams, financial literacy and career development workshops; and launching a literacy initiative designed to help improve health literacy and empower members around education, which kicked off during the pandemic and has donated more than 8,000 books to children who lack access to them.