Skip to content
Advisory Services Network LLC lessened its stake in shares of Finisar Co. (NASDAQ:FNSR) by 34.4% during the 2nd quarter, HoldingsChannel.com …

Finisar (NASDAQ:FNSR) last announced its quarterly earnings results on Thursday, June 13th. The technology company reported $0.19 earnings per share for the quarter, topping analysts’ consensus estimates of $0.15 by $0.04. The firm had revenue of $310.09 million for the quarter, compared to the consensus estimate of $323.42 million. Finisar had a positive return on equity of 4.22% and a negative net margin of 4.16%. As a group, research analysts anticipate that Finisar Co. will post 0.73 EPS for the current fiscal year.

Recommended Story: The Discount Rate – What You Need to Know

Want to see what other hedge funds are holding FNSR?Visit HoldingsChannel.com to get the latest 13F filings and insider trades for Finisar Co. (NASDAQ:FNSR). 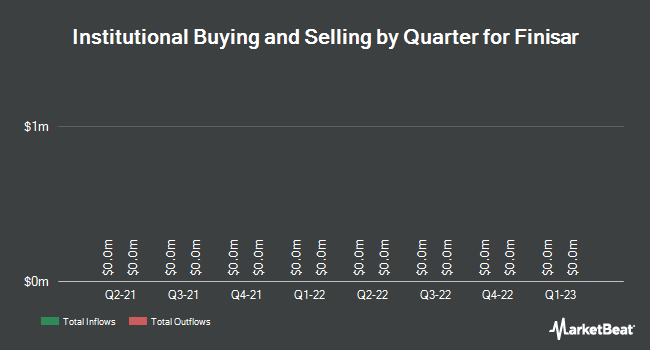 Receive News & Ratings for Finisar Daily – Enter your email address below to receive a concise daily summary of the latest news and analysts’ ratings for Finisar and related companies with MarketBeat.com’s FREE daily email newsletter.