Skip to content
The CEO of Regal Cinemas parent Cineworld Group (OTC:CNNW.F) said on CNBC this morning he was pleasantly surprised to see many of the …

Shares of AMC Entertainment Holdings(NYSE:AMC) were falling 5% in morning trading Friday after a big 10% gain the day before.

The situation around movie theaters remains dicey as people are proving they are willing to get that big screen experience even if they’re watching old movies. However, with social distancing protocols in place limiting seating capacity to 30% to 50%, and AMC selling tickets at just $0.15 a piece to lure moviegoers back in, the company’s ability to generate revenue is severely constrained. 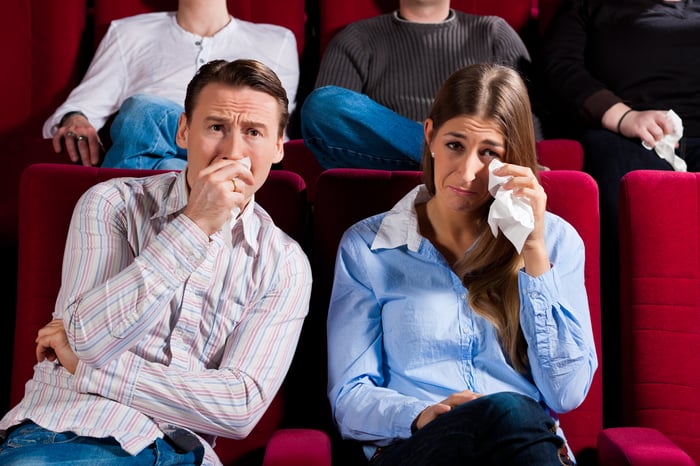 The CEO of Regal Cinemas parent Cineworld Group(OTC:CNNW.F) said on CNBC this morning he was pleasantly surprised to see many of the movies they’re showing “sold out,” but he acknowledged that’s not as great as it sounds because of the above-mentioned constraints.

Still, there are only a couple of big-budget movies out at the moment, and as more potential blockbusters are released, it indicates there continues to be latent demand for going to the theater.

AMC is still in a precarious position despite having ironed out its financial wrinkles. It needs its theaters up and running with movies people want to see, and that might not happen for months, meaning volatility in its stock is likely to be common.