Supreme Court nominee Amy Coney Barrett has added a series of documents to her disclosures ahead of next week’s hearings after they were raised by a media outlet – among them an advert she signed which lobbied against abortion, and two talks she gave in 2013 hosted by anti-abortion student groups.

Barrett, 48, will on Monday begin the Senate hearings that, if all goes well for her, will lead to her replacing Ruth Bader Ginsburg on the Supreme Court. 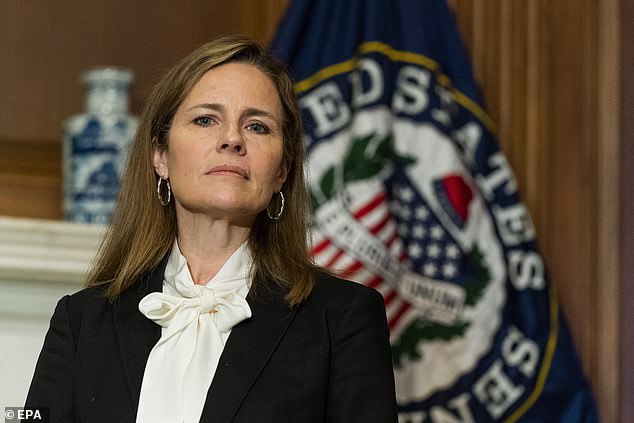 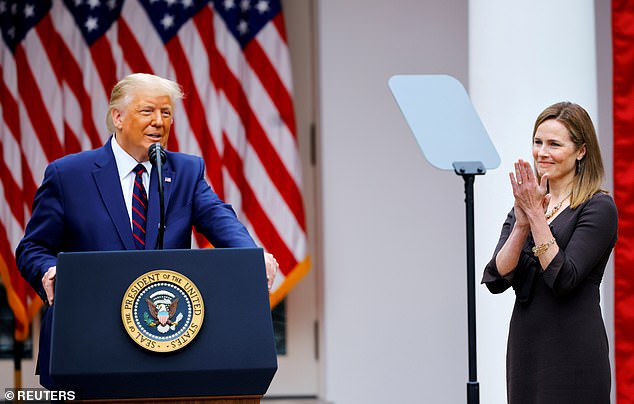 Barrett, 48, was nominated by Donald Trump on September 26 to replace Ginsburg

On Friday evening, CNN unearthed details of the two anti-abortion talks, given in 2013 in her capacity as a law professor at the University of Notre Dame.

One was a seminar co-sponsored by the school’s Right to Life club and constitutional studies minor. Another was a lecture held by the law school’s Jus Vitae club.

After CNN asked about the omissions, she sent a letter to Lindsey Graham, the Senate Judiciary Committee chair, and to Dianne Feinstein, the ranking Democrat on the committee, adding the new documents.

She also included an advertisement, that included her signature, calling for an end to Roe vs Wade.

‘Since submitting my response on September 29, 2020, to the Committee’s Questionnaire regarding my nomination, I have been made aware of some items that you may have already seen,’ she wrote. 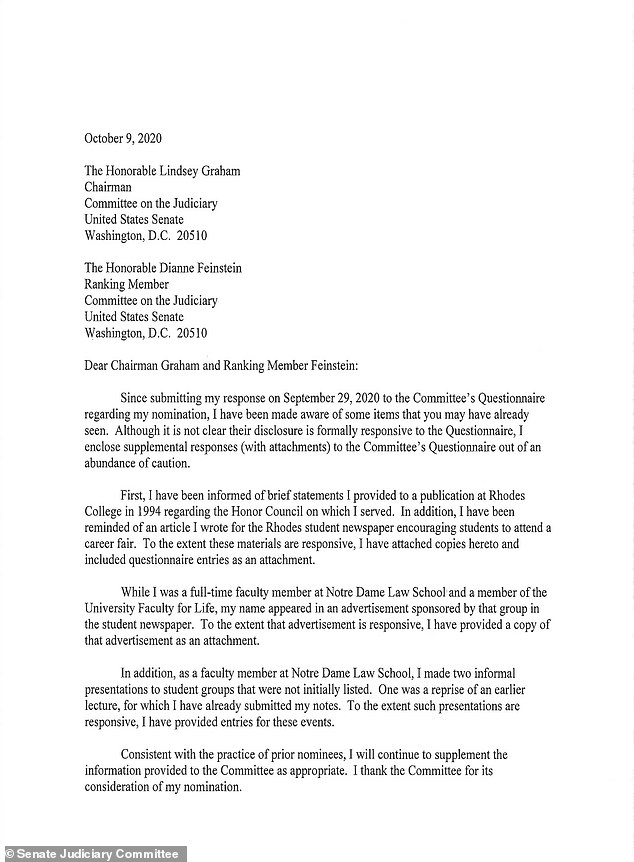 Among them were the notes on the two talks, plus a January 2013 document produced by the University Faculty for Life and the Notre Dame Fund to Protect Human Life.

‘In the 40 years since the Supreme Court’s infamous Roe v Wade decision, over 55 million children have been killed by abortions,’ the document states.

‘We faculty and staff at the University of Notre Dame reaffirm our full support for our University’s commitment to the right to life, we renew our call for the unborn to be protected in law and welcomed in life, and we voice our love and support for the mothers who bear them.’

Barrett was one of around 100 people to sign the document. 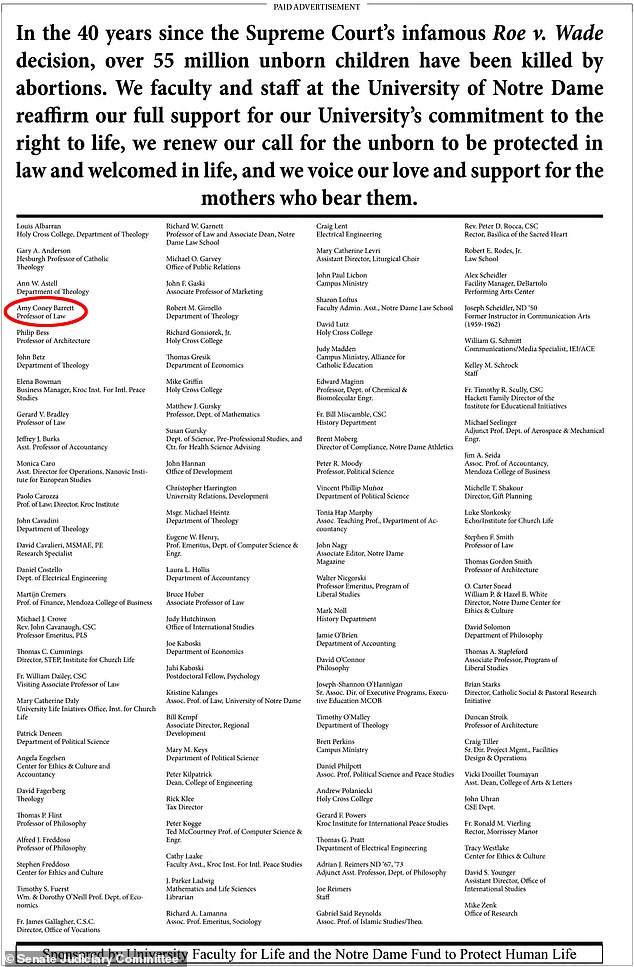 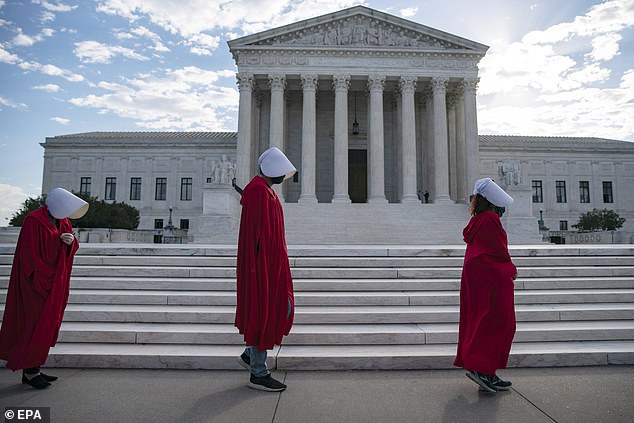 Other supplementary documents submitted on Friday included a presentation to a law school, and an article in Rhodes College student newspaper encouraging students to attend a career fair.

Barrett’s initial failure to disclose the documents will certainly lead to questions from Democrats as to whether she was trying to conceal the depth of her pro-life stance.

It also raises questions about whether the questionnaire is complete or whether there will be any consequences from the Republican-led Senate Judiciary Committee, which oversees her confirmation hearing.

‘She looks forward to answering questions from the Senators next week.’

On Friday night details of Monday’s eagerly-anticipated hearing were confirmed.

She will be introduced by three people from Indiana, where she now lives with her husband and seven children: Senators Todd Young and Michael Braun, both Republicans, and Patricia O’Hara, a former Notre Dame Law School professor.

They will have five minutes to explain why they believe she is qualified for the Supreme Court role.

Barrett, a Seventh Circuit Court of Appeals judge, will then deliver her opening remarks.

Questioning of Barrett will start on Tuesday, when Senate Democrats on the committee are expected to seek her views on issues related to health care, abortion and gun rights.